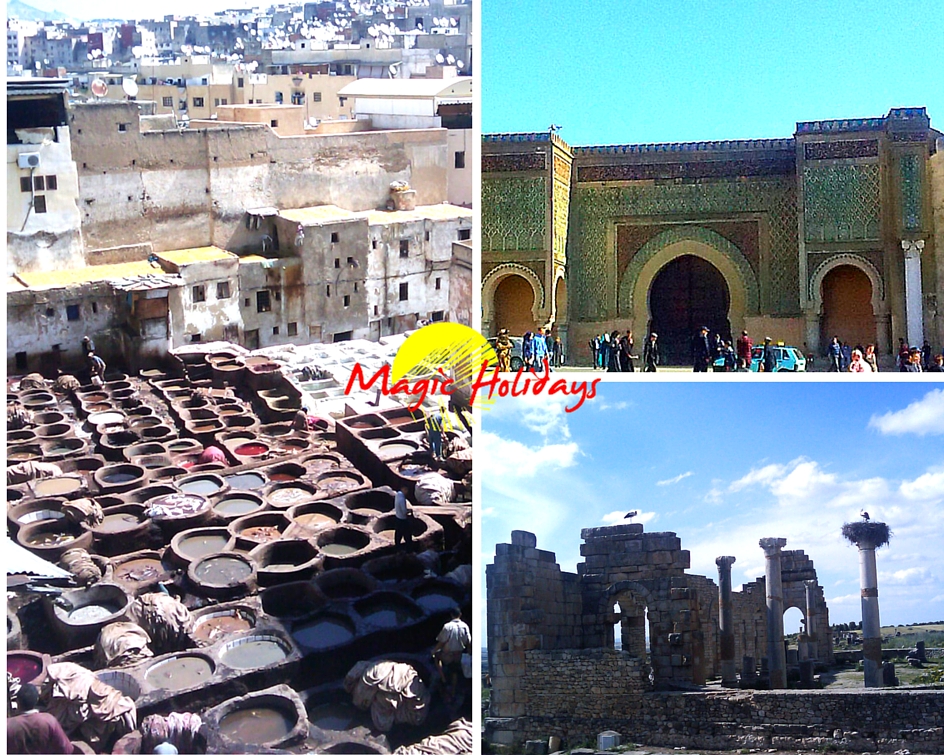 Fes was the first capital and is the oldest city of Morocco, where the life style hasn’t really changed through the centuries. The old medina of Fes with a labyrinth of nine hundred narrow streets is the biggest attraction of the region and makes a big impression on every visitor. That’s the capital of the traditional craft. In the traditional workshops still functioning here you can discover the ancient ways of dyeing leather, of weaving different cloths and producing bronze lamps.

The city has many hotels of different standards, mostly prepared for stays lasting one to three nights. The city is located in the North of Morocco and that’s why the winters here are cold and the summers really hot.

Fes is surrounded by charming Middle Atlas Mountains, where the ruins of ancient Roman city of Volubilis are located. Not far from Fes there are Michlifen, a well-known ski resort and Meknes, the ancient capital and one of the imperial cities.